I came across the latest viral marketing campaign from Symantec Australia today, it's promoting the new Norton 360 home security/recovery suite using a YouTube video:
The ad is quite funny for an IT geek like myself, especially the 'wall of fire' reference to the firewall function (which is actually named after the physical firewalls in buildings that limit a fire spreading).The ad micro-site includes a competition to see if you can spot the two places where 360 appears in images on the micro-site, but not in the ad. For what it's worth my money is on the tennis racket and the cup (although the tennis racket shows a white blob on the end in the video, you can't tell it's '360' as well as you can in the photo below). 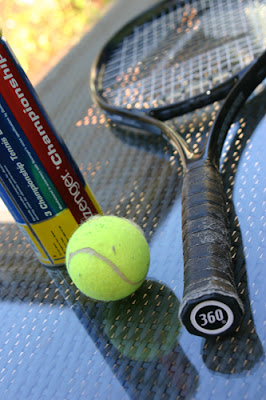 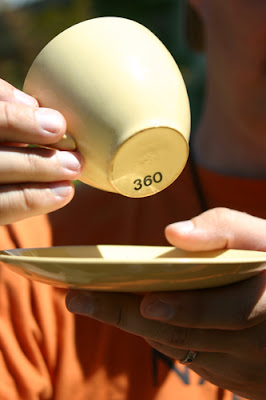 Anyway, I can't say much about the product itself, except that I like the idea of stopping IM viruses and online backup and it seems to have a nice user-friendly console:

For over a year I've been using McAfee's SecurityCenter product suite (now VirusScan Plus) and frankly finding it damn annoying. At one stage it was prompting me 4-5 times a browsing session to confirm that I was a registered user on the McAfee website, because it had downloaded a new virus definition, or a firewall update. Surely this is something that could have been remembered, or taken on trust?

I've now downgraded to just the anti-virus (which I get free through work) and am back to using ZoneAlarm for my firewall needs and relying on Gmail to scour my email for spam. I typically use Mozilla Firefox, so I get anti-phishing tools built into the browser.

With Norton 360 it looks like Symantec are maintaining Norton's reputation for usable security software:

“Based on your constructive feedback, we made a number of usability and performance improvements through the course of the beta program. In addition, we are making available an optional add-on pack for Norton 360 for anti-spam, ad blocking, parental controls and confidential information blocking. The optional add-on pack will be available for download by the end of March.”

For what it's worth, I would love to win this one and see if Norton 360 can sort out my security and data backup needs wihtout constantly interrupting my web browsing ...
by Falkayn at 11:38 pm