Back in the day when the British Empire was still new, wealthy landowners who had heard about great places elsewhere (usually ones where it didn't rain all the time) started a trend of re-creating these great places on their own land - often right down to the current decrepit state of said places.

Sometimes they didn't have a specific place in mind, but wanted a "ruined Greek temple" or similar stereotypical "interesting" structure (sometimes they were just plain strange). The point seemed to be to prove that a) you were interesting, b) you could pay for a spurious building for the sake of it, and c) foreign travel was all so unnecessary. These were known, rather aptly, as follies (presumably because they represented the folly of spending your children's inheritance on an expensive monument when investing it might have proven more prudent). 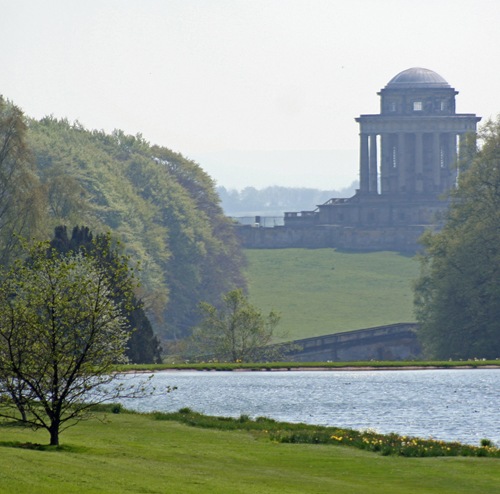 Programmers it turns out are no less susceptible to follies, although they might not realise it, and they are not deliberate fakeries. There are several classic programmer follies which tend to get repeated by each generation, with ever-increasing zeal and lack of awareness of their futility.

Now, don't get me wrong, these are all fine examples of throwaway projects that you might play around with and practice on, but for some reason programmers can't seem to leave them stay as just throwaway projects - they always want to upgrade them to the status of "next big thing".

Without any further ado, here they are.

Every software program has bugs, and most programmers find they need a good system to track said bugs. Some companies, Atlassian and Fog Creek Software have made their living providing great, simple yet powerful solutions for exactly this problem.

However, there is always a temptation to take shortcuts, customise the bug tracking, or get a cheaper solution, and so inevitably every programmer gets tempted to build their own bug tracking application.

It's a folly because ...
This is actually a fairly complicated domain, especially once you add in the bug resolution workflow, web interface and email integration that even free, open-source applications have. Of course there is also the problem of what to do when your bugs are in your bug tracking software ... evil recursion in the real world!

I just want to track what I need to do ... and what I want is to improve this to do list. Remember the Milk has the best free implementation I've seen of this type of application, but BaseCamp, your mobile phone and even GMail are worth mentioning (not to mention trusty old pen and paper).

It's a folly because ...
You really don't need to waste brain cycles re-inventing something this simple, and when you look at the sophistication of Remember the Milk (web, offline Google Gears, Twitter, email and mobile integration) anything you do yourself looks kinda ... sad.

I want to use something I built myself, and it's a good chance to try my hand at content management ... except it isn't. If you are blogging then do your readers and yourself a favour and use an existing blogging application. You will have a more consistent user interface and will never find yourself not posting because the build is broken after that last refactor and you can't be bothered fixing it yet.

It's a folly because ...
The free alternatives are great, the cheap ones are even better and frankly it's not that great a domain for learning how to code, especially web stuff.

My hobby (roleplaying games, model robots, high performance cars, salsa dancing, etc) is out of control and I need a way of managing it. Actually no you don't, you probably just need to get out and live more.

You don't really want to mix up your hobby and your work, it just makes one less fun and the other less professional. it is also an area where you will never really be satisfied with the result because it's your hobby. Finally, when you show it to other people they are likely to go "Ummm ... very nice. What is it?" Hugh MacLeod defines a geek as "Somebody who socializes via objects" and congratulations, that's exactly what you've just become!

It's possible to do this in theory, but in practice you only ever get around 80% of the way there, and it turns out the other 20% is the bit that an application really needs to live and breathe. Really, really smart guys manage to push that 80% up to the giddy heights of 81.63%, but hey, it still doesn't do what you really wanted it to.

OK, here is number six. What do you do when you want to distribute your application to clients? Use the MSI installer for Visual Studio? Heck, no! You go ahead and create your own installer software, complete with license number check, built-in unzipper and some cross-platform nastiness.


You already know you shouldn't be doing this. Go use something someone else created and love the fact that you don't need to do it by hand!

OK, time for confession time, I've been guilty of each of these (at least through to the design stage). What about you, what were your follies?