I am just getting back into Ruby on Rails after ignoring it for far too long. One of the first things I did was buy some shiny new books. The first one I picked up was Designing the Obvious, by Robert Hoekman. The second was The Pragmatic Programmer by Andrew Hunt and Dave Thomas. Funnily enough, neither of these books is explicitly about Ruby on Rails - but both deal with ideals (simple, yet effective design and pragmatic programming) that lie behind Rails' appeal to me. 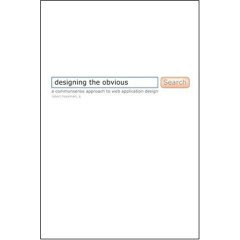 I also checked out Dave Thomas's blog and in one of his recent posts he points out that Rails now embraces decimal database fields:

“In the Rails trunk, numeric and decimal database columns with a scale factor are now converted into Ruby BigDecimal objects. If the scale factor is zero, they instead become integers.

Migrations now support decimal columns too, with the addition of two new attributes, precision and scale.I just spent a day reworking all the Depot chapters to use this, and it seems to work great.”

That is great news, and I'm really looking forward to not needing to use the workaround I previously found.
by Falkayn at 1:06 pm