So that's what backchannels are!

Ever had that disconnect where you learn a new concept, but don't have a name for it, and you come across a new term but don't understand the concept, only to realise the new term is actually describing the new concept?

That's happened to me recently with the concept of using Twitter + Hashtags at conferences to keep up with what's happening and the term backchannel. It turns out they are one and the same (and now you know too!).

So, why bother blogging about it? Or more importantly, so why should you care? 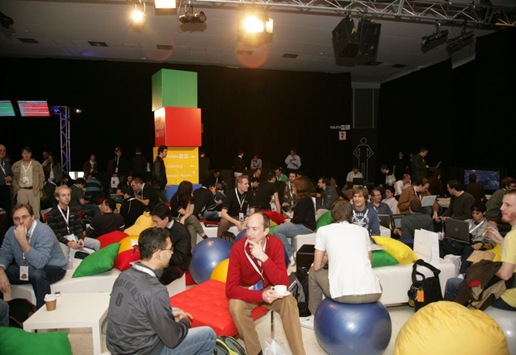 Good question. The interesting thing about backchannels is that they not only enrich your conference experience, but they also help you process the sessions you are currently in.

So how does it enrich the experience?

The other element is more about how you process the sessions in order to internalise the knowledge and practices being shared. Sometimes the fact that you are researching topics in the midst of the session means you can multiply your understanding about a topic at the moment when you're most interested in it.

I certainly found at CodeCampOz that some of the sessions might not have made sense to me were I not pushing myself to find relevant links about them in order to add them to tweets sent during the sessions (yes, backchannels can make you competitive!). It does mean you are paying less attention to the speaker, but sometimes that would have occurred anyway (like when something goes over your head, is boring or relates to a question you already know the answer to).

However, I don't think that I would have grokked the advantages of backchannels had Craig Bailey not pushed me to use Twitter before Code Camp Oz 2008, and then the organisers of that conference not provided free power and wireless internet access. I highly recommend you give it a go yourself.

Why not drop me a comment here if you find it has worked for you, or alternatively if you thought it was a waste of time?