There is a very nice function in the new ASP.NET MVC code that allows a Controller to load an object from values passed in from a HttpRequest (UPDATE: called UpdateFrom, see ScottGu's post). It did a best guess on matching values to object properties, but most (99%?) of the time that is all you need. Well, when I started using Domain-Driven Design (DDD) and Test-Driven Development (TDD) on the latest additions to our Community Manager.NET product I wanted to find something similar - but I couldn't find anything as terse and useful.

So I did what any good dev would, I read the sourcecode and derived my own functions to do something similar, but with the SqlDataReaders that my repositories would be getting out of SQL Server (it almost feels like the ActiveRecord pattern ...). Below are the result, two LoadToObject() functions (and a PopulateTypeException class) in my BaseRepository class that give me the functionality I need. I'm putting these out there in case someone else needs this, and in the hope that any glaringly obvious errors might get picked up by others!

One issue I had with the Microsoft version of this function was they only load public properties of an object, not public fields. Now I know that in C# you can setup properties as easily as fields, but in VB it's still a hassle. I personally like using fields for simple value storing because it is clearer to see what they do in the code and leave more space for real method calls.

The final problem I ran into was that my custom Html data type needed to implement it's own TypeConverter so that the HTML in the SQL Server ntext field could be converted to a strongly typed Html type. But that can go into another blog post if people are interested.

I am not hugely keen on top 100 lists or similar trite listings of people, blogs or posts, however sometimes I notice that I have too many tabs open in Chrome (hello, 58?!) and need to itemise some of them. Many of the ones I keep open are blogs that challenge me enough that I want to read them frequently (I know ... I should be using an RSS reader, so call me old-school! ;).

I think these are some of the more challenging blogs* out there with regards to software development - read these and you will find your brain, assumptions and dealer-held beliefs under high-voltage attack.

* OK, so I am going to miss a couple of fantastic ones - what is important is that you check out the ones I do mention! Joel Spolsky of Fog Creek Software and Stack Overflow fame has had one of the most well-read and discussed software development blogs on the planet for years now. He is an original thinker in a market filled with duplicates, he also has a deep commitment to giving his developers great office space.

Udi Dahan's blog specialises in Service Oriented Architecture (SOA), but I read him for his refreshing view of domain-driven design (DDD). I got a new insight into DDD from his DDD & Many to Many Object Relational Mapping post.

Scott Bellware is probably the most hated/respected .NET rebel on the planet. His abrasive manner and obvious chip on his shoulder with Microsoft and the ALT.NET mainstream put some people off, but he has a deep insight into what Agile development is meant to be all about and a straightforward manner in sharing what he knows. He also seems pretty sure that most developers are learning impaired. A good example of his (more positive) thinking is Productivity: It Comes from Software Design Rather than Software Tools.

Jurgen Appelo's software development management blog has some of the most pragmatic and interesting advice available for functional managers of developers. His company's situation is similar to Elcom's, so I appreciate his honest and smart insight into how to make Scrum work with large teams working on many disparate projects. He has useful posts like How to Handle Many Simultaneous Projects which apply Lean/Scrum principles to the real world of custom software development.

Jason Yip from ThoughtWorks focuses his blog on lean manufacturing principles and how they apply to the reality of software development. A challenging thinker and opinionated professional, he manages to stay as radical as someone like Scott Bellware with a more pleasant demeanour. A typical (longer) post from him would be No matter how many times you say it, we still don't need a QA on the team.

Greg Young is a Microsoft MVP who has some very interesting opinions on domain-driven design, namely that the domain model is only there for write operations. Check out his DDDD: Master-Detail Question post for more details on this and how he uses a thin DTO layer to power his read-only UI pages.

I first found out about Chad from a talk he and Jeremy Miller gave on Opinionated MVC (see videos here and here). Jeremy Miller developed StructureMap, which is a Dependency Injection/Inversion of Control framework. Chad is also the driving force behind the Virtual ALT.NET (VAN) group which has helped developers connect from places as far afield as Texas and Australia!

Interested in software testing? Then you need to quickly head over to James Bach's blog and check out his controversial, but smart and honest posts on the topic. To understand where he is coming from, check out his Schools of Testing ... Here to Stay blog post.

Who did I miss? Leave a comment and let me know! 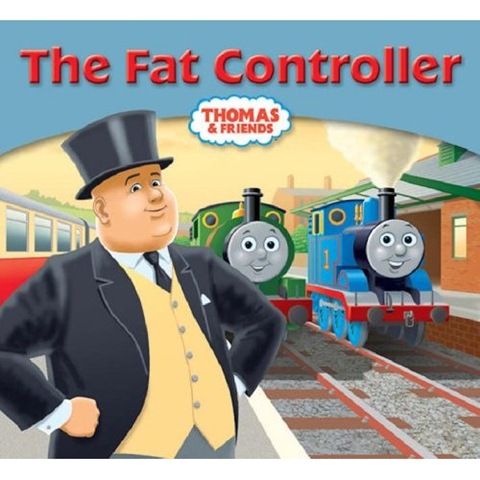 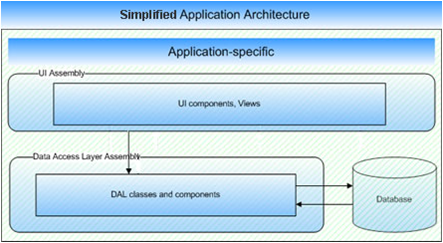 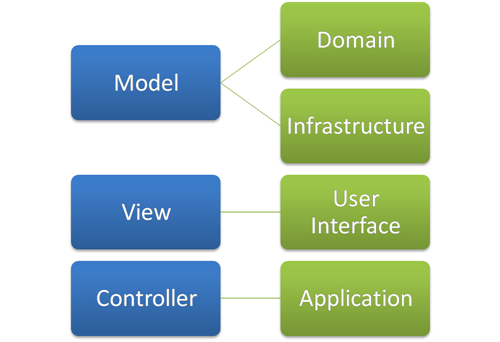