The Iron Law of Bureaucracy

Computers not so boring after all ...

In his Wired article Dream Machines, Will Wright (creator of The Sims) makes an interesting point about the difference between the traditional view of computers and the part they really play in our lives:

“Think of it this way: Most technologies can be seen as an enhancement of some part of our bodies (car/legs, house/skin, TV/senses). From the start, computers have been understood as an extension of the human brain; the first computers were referred to as mechanical brains and analytical engines. We saw their primary value as automated number crunchers that far exceeded our own meager abilities.

But the Internet has morphed what we used to think of as a fancy calculator into a fancy telephone with email, chat groups, IM, and blogs. It turns out that we don't use computers to enhance our math skills - we use them to expand our people skills.”

That's a really interesting point given that universities are still focusing on testing maths skills in computer courses. Are young IT graduates getting the training they really need to understand the place computers play in the modern world?

Have they been taught psychology, usability, graphic design, communications? Do they have any idea at all about how to make not just a technically excellent product, but how to answer real human needs? Clearly this is at the heart of recent successes in Web companies - MySpace, Flickr, digg and del.icio.us depend upon the social aspects of the technology and are (in some ways) clearly very simple.

More to the point, are modern IT organisations looking for the right people skills in the staff they hire? Are the job descriptions analyst/programmer, systems architect, DBA still meaningful? Or are we perhaps going to see a great divide between those who understand people and creative thought (the valuable ones), and those who fulfil the role of mechanics and street sweepers (the ones we outsource to the lowest bidder) in our new world?
by Falkayn at 5:18 pm No comments:

Further to yesterday's post, Dogfight At Bankstown points out some interesting information. As he says:

“One thing about this Hezbollah-Hamas-Israeli conflict: It certainly has exposed more that it has conquered.“”” 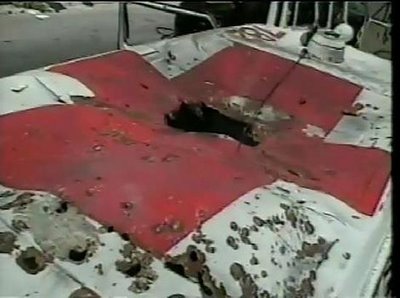 Well, I may need to eat my words about Blogger's gluggy feature set, because there is a new version of Blogger in Beta (ahhh ... how Web 2.0 of them). Straight from the horse's mouth:

“Today we're launching a new version of Blogger in beta! You've been asking for ways to do more with your blog, and you can with this new release.”

If you want to see it in action, you simply need to go to http://beta.blogger.com/. Anyone can create a new blog on the beta service, although you will need a Google account to do so - also, the blogs are still hosted on blogspot.com, so you get the usual scarcity of good names.

Key differences include:* Whilst this is a great way of removing the horrid wait for something to publish on your blog, it does not help performance. I hope that Google have been looking to “design their on-demand systems for peak load, not average load” (as per Dave Stephens' suggestion).

Most of the new stuff is laid out in the new features tour, as well as screenshots and descriptions at the Google Operating System blog.
by Falkayn at 10:49 pm No comments:

Innovators wanted: get interviewed in a book

Scott Berkun, project manager extraordinaire, has put out a call for people with good innovation stories:

“The survey is a scant 15 questions long, and should take less than 10 minutes. If you give high quality answers, odds are high I’ll want to chat with you 1-on-1 over e-mail or phone, and may use your material in the book.”

Please note that the deadline is Friday the 18th of August.

I was a bit depressed to realise that I can't think of anything particularly brilliant to put in - but then I remembered that yesterday my son created a mock flatscreen TV from a picture, some tissue paper and even included a remote control (made of an egg carton).
by Falkayn at 4:37 pm No comments:

I was surfing the news websites at lunch today when I noticed that News.com.au appears to have caught the Web 2.0 bug. For an example news story that shows the new features of their website, check out the Carjacked cabbie's death 'unbelievable' story (Warning: this story deals wtih death and criminal activity).

The first thing I noticed was a Google maps mashup that showed the location of the events documented. This is a brilliant use of the web's graphical ability to add information to an online story that is missing from its print counterpart. This is especially important as the original story was sourced from AAP - which will also be selling it to News' competitors.

Zooming out on the map I worked out that the crime took place in a part of Melbourne that is close to the location of some of my family. This is something I would never have guessed from the suburb names alone and adds value to the story that I might not have received from other news websites (or their RSS feed).

The other nice feature that News have included, is a box at the bottom of the story to allow readers to submit the story to one of three major news and link collation sites. This helps boost their readership numbers, and adds potentially higher value to advertisers as it promotes the global 'reach' of the News.com.au brand.

The Fairfax guys running SMH.com.au are no slouches in the web design arena, but I suspect that the News Limited approach is also inspired by the boss's thoughts about the web:

“To find something comparable, you have to go back 500 years to the printing press, the birth of mass media – which, incidentally, is what really destroyed the old world of kings and aristocracies. Technology is shifting power away from the editors, the publishers, the establishment, the media elite. Now it's the people who are taking control.”
Rupert Murdoch talking to Wired

EDIT: The News guys also have a nice 'Tools' feature on every page now, highlighting their commitment to both RSS feeds and getting user-generated content.
by Falkayn at 12:25 pm 3 comments:

Sometimes in life it's hard to decide exactly how we feel about something ...